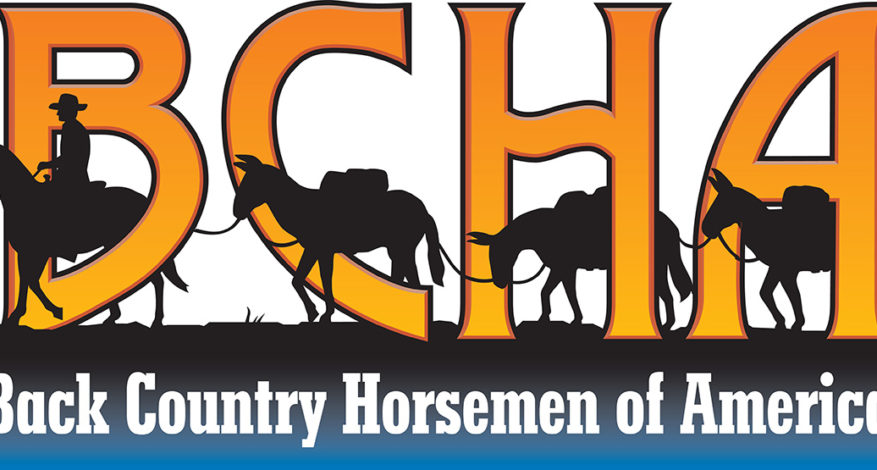 The Land Privatization Movement is Alive and Well

The stories come in, one after another, about the “retreat of the land grabbers.” The latest is a piece by the good writer and journalist Jimmy Tobias, called “Another Loss for the Land-Grab Campaign,” May, 2017 issue of the Pacific Standard Magazine.

Tobias notes that Nevada’s Congressional Representative Mark Amodei, one of the leaders of the anti-public lands movement had withdrawn his bill HR 1484, called the Honor the Nevada Enabling Act (a strange name for his bill since the actual Nevada Enabling Act of 1864 clearly states that all undistributed public lands would remain in the hands of the federal government, but no history, no agreement, no fact, ever stands in the way of those who are obsessed with taking public lands for themselves and their masters). Amodei’s failed bill called for the transfer of an initial 7.3 million acres owned by the American public, with millions more acres to follow, “on request of county or state governments.”

In February of 2017 newspapers across the nation covered the collapse of Utah Representative Jason Chaffetz’ H.R. 621, a bill that commanded the Secretary of the Interior to sell-off over 3.3 million acres of public land, after a concerted outcry of rage from hunting and fishing conservation groups. Chaffetz wrote on social media, “I am withdrawing HR 621. I’m a proud gun owner, hunter and love our public lands. The bill would have disposed of small parcels of lands Pres. Clinton identified as serving no public purpose but groups I support and care about fear it sends the wrong message…”

Do Not Be Fooled

Even as fishermen and hunters and other public lands advocates celebrate what looks like a victory, the message of state control and privatization of public lands is pounding away, powerful and alive as ever, like the tell-tale heart in the old Edgar Allen Poe story of murder and guilt. While the land grabbers may have made a strategic withdrawal for the moment, there is no evidence- zero- that any of them have changed their minds or their goals.

The land privatization movement is alive and well and led by well-funded and highly motivated groups like the American Lands Council (whose campaign is called, shamelessly, “Free the Lands!” as if somehow the lands where we fish and hunt and roam with our families- the lands that are our birthright as American citizens- were somehow held in bondage by evildoers). Utah state representative Ken Ivory, a former director of the American Lands Council, told reporters that the takeover of public lands by the states was “like having your hand on the lever of a new Louisiana Purchase,” without ever noting that the original Louisiana Purchase cost the US $15 million in gold (about $450 million in today’s dollars) and a willingness to engage the Emperor Napoleon in outright war, nor did he mention that the Treaty of Guadalupe Hidalgo, under which Mexico ceded much of the rest of the West to the US, cost millions in gold and uncounted lives on the battlefield. Rep. Ivory, apparently, expects for Americans to simply give him and his cronies these lands, bought with our own blood and treasure, for free.

The equally-well funded corporate front group the American Legislative Exchange Council (ALEC) writes boilerplate bills that are then carried to state legislatures and to Congress by willing or gullible lawmakers. ALEC authored this doozy, called the “Disposal and Taxation of Public Lands Act,” which says

The current Republican Party platform makes their plan absolutely clear, saying, “It is absurd to think that all that acreage must remain under the absentee ownership or management of official Washington. Congress shall immediately pass universal legislation providing for a timely and orderly mechanism requiring the federal government to convey certain federally controlled public lands to states.”

The catchwords here are “state control” or “transfer the lands to the states.”

All the available evidence and all historical precedence support the fact that if federally-managed public lands are transferred into state control, the lands will be sold. “Transfer to state control” is pure con-man double-speak for inevitable privatization of our public lands.

This movement to divest Americans of our public lands is based upon a simple, grim arithmetic: our lands, from the smallest, most lush National Forest in Mississippi to the tens of thousands of arid Western acres managed by the Bureau of Land Management, represent the largest and fattest cash cow left on the planet today. As the old-school humorist Will Rogers once noted, “buy land, they aren’t making any more of it.” Rogers, were he alive today, might say it differently: “If you have millions of acres of lands that belong to all Americans, you better make dang sure you know how best to keep it.” Because the hyenas are at the gates, and they are hungry, and they are shameless.

How can we keep our birthright, even as the population of the world in 2050 approaches 9 billion souls, and the population of our country- which has more than doubled in the past fifty years- adds another 50 or 100 million or more? How can we make the irrefutable argument that these lands’ highest purpose is to remain in public hands? How can we win this battle for the future of our nation, and the natural landscapes, the hunting and fishing and freedom that makes our country the envy of the world?

First, we must stop taking our public lands for granted. For decades many of us seemed to take pleasure in bashing the federal agencies charged with managing our public lands. Ranchers were furious at the BLM, loggers railed against the US Forest Service, hunters resented road closures, fishermen claimed that too much logging was ruining fisheries, mill owners and loggers claimed that environmentalists had “locked them out” of the forests. Environmentalists claimed that land managers were destroying the very ecosystems they were charged with managing, by prioritizing livestock, mining, or logging.

We all thought that the public lands were always going to be there, and that we had the luxury of complaining and ranting endlessly about their management without offering concrete, collaborative solutions to the conflicts. Now, we know that those conflicts, and that lack of engagement on our part, are being used by the most venal among us to convince us to simply give away our birthright.

Two, we must recognize that the conflicts over public lands management are real, and that anger over public lands management is, at least sometimes, based on poor management decisions, top-down decision that don’t reflect real conditions on the ground, real problems and lack of knowledge, and/or a lack of adequate personnel in federal agencies. The stereotypes of anti-federal fury sometimes have a basis in reality: yes, environmentalists have almost certainly filed too many lawsuits, and public land managers have indeed let loggers cut down too many trees, or livestock grazers graze too many cows or sheep, in the wrong places at the wrong times.

None of this means that our public lands should be given away or sold. It means we need to solve the conflicts, because the evidence is that whatever outcome would arise from state control and/or privatization, it wouldn’t be better than what we have now. The conflicts might end. But that peace would come because there would be nothing left to argue over.

Three, we as a people need to understand that the system of American public lands is a cornerstone of our Republic, no less crucial than the Bill of Rights, or the fiery and noble ideas in the Declaration of Independence. The public lands were set aside, beginning in 1892, to solve specific problems that had plagued and ruined lesser nations since the dawn of civilization- soil erosion, overgrazing, loss of timber resources, privatized water sources, silted river systems. The ecosystem services these lands provide now are almost certainly incalculable on any economic scale — the snowpack held in public trust in high mountains, the floodwaters soaked up by the eastern and southeastern forests, the healthy, soil-building grasslands in the arid west. Always, the simple yet utterly unique notion of 640 million acres held in common by every American is as critical to our future as any treasure that we have, as critical as petroleum or natural gas or minerals (which are also produced on public lands) or the notion of equal justice under the law, or a an honest days’ wage for an honest days’ work. The poorest among us has the same right to hunt elk on the Lewis and Clark National Forest in Montana as a multi-billionaire. The richest among us can suffer beneath the Nevada desert sun, or revel in the spring snow on a Colorado peak, or hunt turkeys in the Sipsey Wilderness of Alabama, without spending a dime of their fortune, and they can greet the rest of us there, on a landscape that we all own together. It is as sane and honest an approach to a world gone awry as the ideas and works of our Founding Fathers, and keeping it intact is just as important to our future.

Right now, anti-public lands lawmakers are strangling federal land management budgets, making on-the-ground work impossible, and making conflicts with public land users inevitable. The same lawmakers then point to the lack of effective management on our public lands and say “See, nothing is getting accomplished, just as we said! Everyone is angry! This is why we must get rid of your lands!”

When the critical role of our public lands is understood by a majority of Americans, pressure can be put upon Congress to prioritize funding for federal land management agencies on a par with the importance of the work they accomplish. As accomplishments mount, the current anti-public lands firebrands in political offices will find themselves marooned in irrelevancy, with a shrinking constituency of listeners, braying their con-games at empty rooms.

None of this is impossible. What have we been given? The world’s most spectacular gift- a landscape vast enough to match the aspirations of its people, quiet woods and raging waters, snowfields and deserts and prairies replete with wildlife, room for roaming, for hunting, fishing and teaching our children the verities of existence on this vibrant planet. It is recorded in the 1906 American Historic Review that a lady once asked Dr. Benjamin Franklin whether he and his colleagues had created a monarchy, or a republic. Dr. Franklin responded, “A republic, madam, if you can keep it.” The same can be said of our public lands- we have inherited the freedom of some of the best ideas our forefathers and mothers ever had- now we will find out if we are tough enough, smart enough, far-sighted enough- to keep it.

The Buffalo River Chapter Back Country Horsemen (BRCBCH), a local chapter unit of the Back Country Horsemen of America (BCHA), is a non-profit service organization dedicated to keeping trails open to everyone on our public lands and to protecting our heritage of responsible equine use in the back country.